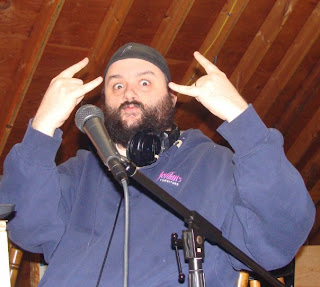 In the early hours of April 27th, family, friends, and fans of art everywhere suffered a great loss with the untimely death of Sean Hartter. While he was an innovative and prolific artist, Sean was first and foremost a devoted husband to Allison and father of Griffin and Gabriel. He was a valued friend who was always willing to lend an ear when you needed it or make you laugh until it hurt. The notion that a heart so big and generous would stop beating after a short 39 years on this Earth is both shocking and cruel to all who knew him.

Tragically, Sean's death came at a time when his artwork was finally starting to get the recognition it deserved. Any of Sean's nearest and dearest will tell you that he never fully accepted just how gifted he was. His brain bursted with creativity- his artwork included various mediums, from the simple black sharpie and pen to recent adventures creating action figures. He made music, wrote stories, but finally got a taste of recognition from his "Alternate Universe" creations.

The unfairness of losing this talented man at such a young age can not be expressed enough. His death was so unexpected that it was not at all planned for. Sean's friends would like to help his family through this devastating loss in the only way we can- by assisting with the tremendous expense of funeral costs and final arrangements. Because time is so important, please share this link as much as possible. Thank you so much for your help and for the outpouring of love and condolences that have been showered on his family with this enormous loss.
Donate here
Posted by Griffin Hartter at Saturday, April 27, 2013 5 comments: 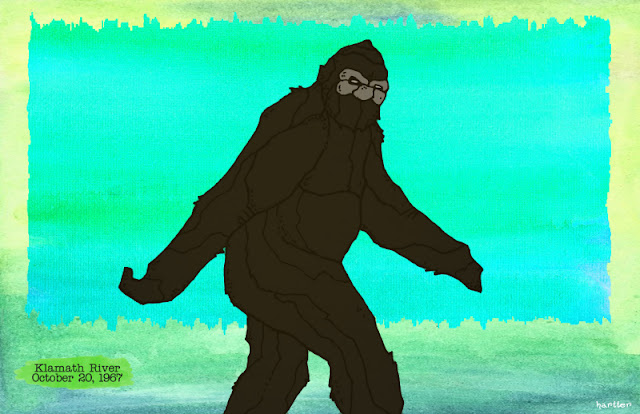 Commission of the Patterson Gimlin Bigfoot footage for a friend's living room. She's making me a lasagna in return. Mmmm, lasagna.
Posted by Griffin Hartter at Saturday, April 27, 2013 No comments: