Do your Christmas shopping early and get some awesome Hartter prints! Our holiday special is 2 prints for $30 or $17 each. If shipping outside the United States, include an extra $7 for shipping. 2 to 3 weeks for shipping.

Click this link for instructions on how to order.

Stay tuned for some exciting projects in the future.
Posted by Griffin Hartter at Monday, November 07, 2016 294 comments:

Griff here:
It's been a while and unfortunately, my abilities to update this blog with new artwork and content have been hindered due to some computer problems we've had in the past year which have basically put us back at square one since we no longer have the programs or files we used to. Long story short, if you plan on using back up drives, find a good one because a faulty one can cost you.

However, despite the loss of countless files, we still have a good amount of posters and prints for sale and are doing a "buy one get one free" deal. Buy a poster for 15 dollars and get an additional print for free. All prints are 11x17 excluding Walls 360 (see below). Orders ship within two to four weeks.

Our supplies are limited and while we'd love to print specific to someone's order, it is just not possible for us right now. So, included below is a catalog of the prints we do have. We can't do custom orders so these really are all we have for the time being but just send us your order on our paypal and we'll get it to you as soon as we can.

Submit your orders to here by clicking on this sentence then click "add to cart" and give us a short description of your order in "special instructions to sender".


Also, this post will be updated according to what prints sell out so there isn't any confusion on what we do have.

Sean's Prints
The majority of the prints we have are Dad's and I believe the collection we have here is a good one with a lot of variety.

Goom by Lombardozzi and Hartter

Three Jokers are all in one print. 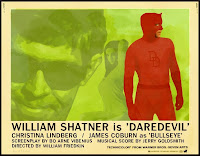 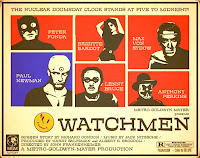 Jack Palance as The Punisher 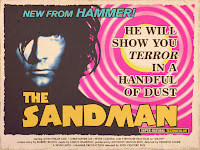 Robocop/Batman 2: The Hunt for Rambo

Walls 360
The following prints are from Walls 360. They can be stuck and re-stuck to any surface and will not rip or tear if you want to move it. These prints are smaller than the others at 8 by 12 inches.  Cool guys over at Walls 360. Check out Sean's page on their website for more like this.

Griffin's Prints
And we've still got some prints of my own design if any of you out there dig my stuff too.

Cabin in the Woods